Subscribe for notification
We use cookies on this site and on the Internet to improve the performance of this site and provide you with a better experience in the future. By clicking on the "Accept" button or continuing to use this site, you agree to the placement and use of these files you agree to our "Privacy Policy".
Accept

Your shopping cart is empty! 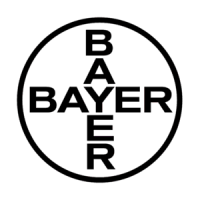 Bayer AG is a German multinational chemical and pharmaceutical company founded in Barmen (today a part of Wuppertal), Germany in 1863.

It is headquartered in Leverkusen, North Rhine-Westphalia, Germany, where its illuminated sign is a landmark. Bayer's primary areas of business include human and veterinary pharmaceuticals; consumer healthcare products; agricultural chemicals and biotechnology products; and high-value polymers.

The Pharmaceuticals Division focuses on prescription products, especially for women’s healthcare and cardiology, and also on specialty therapeutics in the areas of oncology, hematology, and ophthalmology. The division also comprises the Radiology Business Unit which markets contrast-enhanced diagnostic imaging equipment together with the necessary contrast agents.

In 2013, Bayer celebrates the 150th anniversary of its foundation worldwide. The company sends an airship and anniversary exhibition around the world, celebrates with German Federal Chancellor Angela Merkel, serves a celebratory meal for 110,000 employees and carries the Bayer spirit to more than 50 countries through the anniversary song “A Better Life.”

In January 2016 following the spinout of Covestro, Bayer rebranded itself as a life sciences company and restructured into 3 divisions: Pharmaceuticals, Consumer Health, and Crop Science, which had an Animal Health business unit.